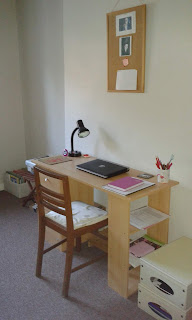 . . . or the calm before Storm Hannah hits!  It's been a while since I've posted, due mainly to the upheaval of a house move and getting settled into my new place.  It took a while!  Interestingly, setting up my study began the process, even though most of my stuff was still in boxes - some of it still is! - and I was sleeping on my futon in my living room while waiting for my bedroom curtains to arrive.

Needless to say, not much writing was getting done; in fact, I took the momentous decision last week to take the rest of the year 'off.'  I put 'off' in inverted commas because I'm still awaiting feedback on my partial submission to Harlequin Mills and Boon back in January, and I aim to submit my timeslip to the RNA's New Writers' Scheme and, of course, go to the annual conference in July.

So the actual writing may be on hold at the moment but my characters are milling around in the back of my mind nevertheless.

And never more so than when I'm walking the beautiful countryside around my new home in the Dyfi Valley. Today, after a bit of working-from-home in the morning, I took advantage of the almost sunny afternoon and went up the nature trail that lies in the hills behind my village, where the view across  the estuary to Aberdyfi is breathtaking whatever the weather. 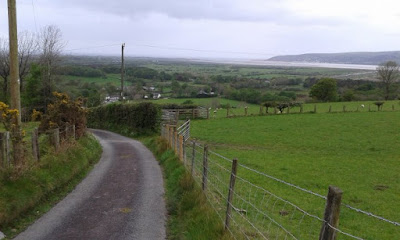 Bluebells and wood anemones were everywhere and the greenery was so lush it was virtually dazzling. Birds were flitting among the canopies of the trees, lambs dozing in the fields, and a trio of young horses came over to say hello - after they'd hightailed it to the other end of the field on first sight of me coming down the lane! 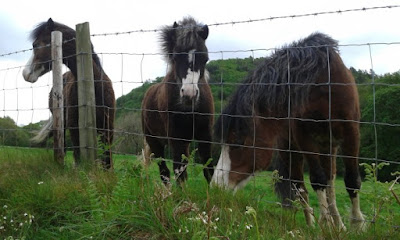 So after an incredibly summery Easter, it looks like rain and winds are on the way.  Hopefully they won't last and the sunshine will soon be back!